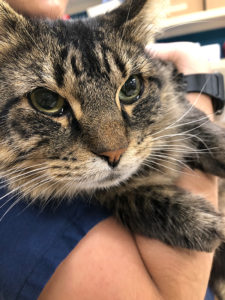 Meet Tom Selleck! Tom Selleck is a snazzy cat who came to us with puncture wounds near his tail. His wound had turned into an abscess that ruptured and was in need of a little repair. Based on his wounds, it appears that he may have gotten into a scuffle with another animal. We had to do something to help Tom out! His mom brought him in and Dr. Buntain was able to suture him up and add a drain tube to help prevent infection from getting trapped inside the wound. His minor surgery was a success and we saw him a couple days later to remove his drain tube! Tom still needed to be monitored to make sure his sutures were in place and everything was healing properly. Tom is doing fabulous now and he is back to being the cool cat that he is!

Pet of the Month for December 2019

December 12, 2019 admin Pets of the Month No comments yet 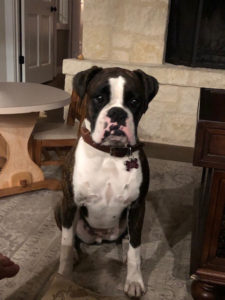 Penny is a beautiful 1 year old Boxer who visited us a couple weeks ago with a pretty bad laceration above her eye. Penny’s family brought her in for us to take a look at her puncture wound. After a quick surgery with Dr. Buntain, she had that pesky cut stitched up in no time! We sent Penny back home (with a small cone of shame but she rocked it!)  but a few days later her laceration opened up again and she was back at the hospital for another repair! Dr. Buntain placed a fancy drain tube through her puncture wound to help prevent the build-up of infection. A couple of days later, Penny came back to see us but this time it was to get her drain tube removed. Everything started to heal just fine and sweet Penny was lookin’ great! After that she was good as new and is living her most awesome life with her awesome family!

Pet of the Month for November 2019

November 19, 2019 admin Pets of the Month No comments yet

Vino is a handsome 7 year old German Shepherd who came to us at the end of October for his annual check-up! Vino received his annual vaccines and we ran a heartworm test on him, as well. It turns out Vino tested positive for heartworms (a worm that lives in the right side of the heart and causes major health issues)! His parents care about him so much so they decided to have Vino stay with us for a couple of days. We treated him with fluids and LOTS of hugs! Vino was so brave and handled his heartworm treatment like the true champion he is! Vino is such a happy boy and is on the road to getting the special treatment he needs so we can get rid of those pesky heartworms!

Pet of the Month for September 2019

September 19, 2019 admin Pets of the Month No comments yet 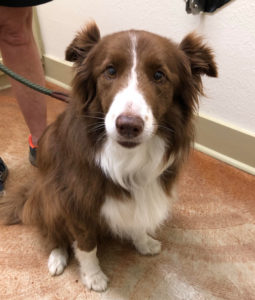 Riley is the cutest Border Collie! We first met Riley back in May when she came to visit us for her annual check-up and we sure did have a great time getting to know Riley and her mom! Things took a turn earlier in August when she had to come back to see us due to an upset stomach! Riley wasn’t wanting to eat any of her food and we just had to help this sweetheart! Dr. Buntain was able to examine her and send her home with the proper medications to help her sensitive stomach. It took just a few days to get her back on track but we were able to send Riley off with some of our yummy Hill’s I/D food and she was back on track to being the healthy doggo that she is!

August 6, 2019 admin Blog, Pets of the Month No comments yet 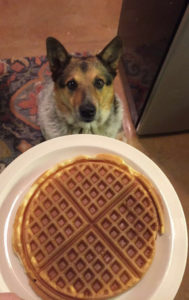 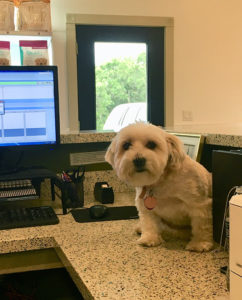 Meet Sugar! Sugar is a sweet Maltese! Sugar came to see us for a medical exam because she had a possible bug bite near her eye. She hung out with us for the day and spent a lot of time with Alex and Brennah up front answering phones! She was such a sweetheart and we were able to give her meds to help with her scratch. Well, later that night, a scorpion got a hold of Sugar and stung her on her tongue! Sugar and her parents spent all night in the emergency room but Sugar pulled through and recovered nicely. Poor baby girl has had enough encounters with critters in the last two weeks! 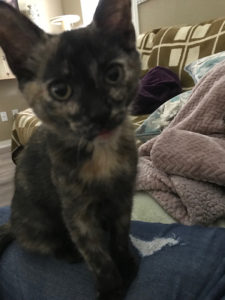 Meet Klara! Klara is a super cute and very friendly little kitten who was found with a ripped lower lip that appeared to be an old injury! With some TLC, anti-inflammatories and antibiotics we are letting it heal. So far, things are going great in her new loving home. She will be back soon to get spayed! We can’t wait to see her soon! 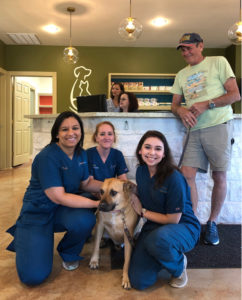 Meet Monte! Monte is a six year old Lab Mix who just so happened to be our very first patient as CanyonVet Spring Branch! It was exciting to start our journey under this new name and look forward to meeting everyone! Monte’s dad sure did express how special Monte is to him and his wife. They said they have had many dogs but this one was one of a kind. We tend to agree!